Every day customers are interested in where we produce our stationary blenders and it's time to not only hear, but also see the place where the most powerful RawMiD blenders.
The plant is located near the city of Shenzhen, which is not surprising because the city produces about 85% of all consumer products in the world, and it not only fixed blenders (Dream Luxury 2, Samurai Dream, Dream Classic), but the phones (for example, fruit brand), laptops, dehydrators, - in General, everything that You have at home and connected to the outlet, with a probability of 85% is produced there. To get to the factory and see with your own eyes on the Assembly process and to understand what makes our blenders are powerful, you need to ride on the train. 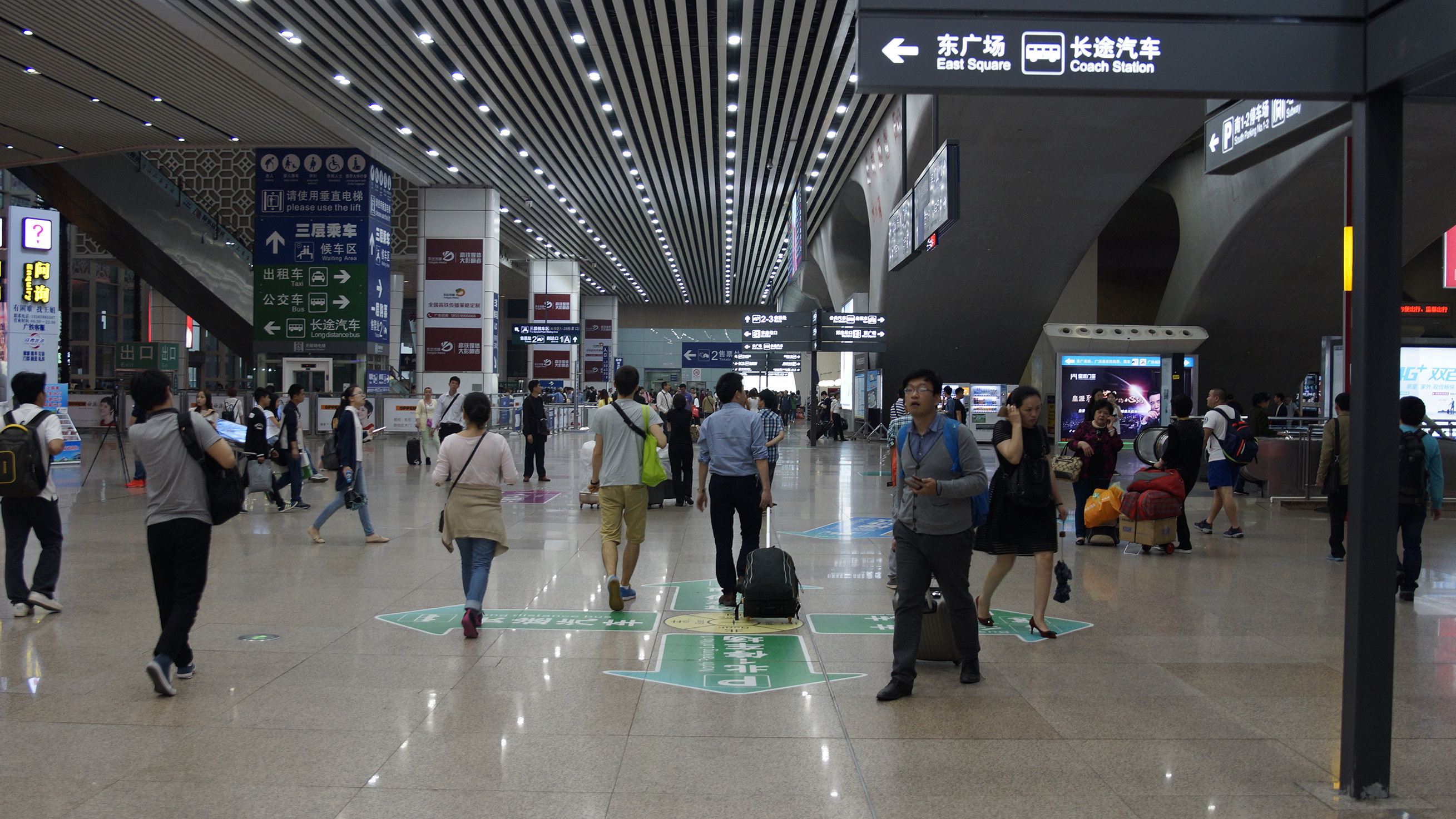 (station Shenzhen)
An hour after boarding the train, we find ourselves at the factory where we were met by a translator and resident engineer responsible for the quality and modification of all stationary blenders brand RawMiD. In China appreciate the time and therefore without much of a greeting we were shown the new blades, which not only make blenders are more powerful as you add functionality. For each stationary blender we chose a knife, because you need to strike a balance between the power of the engine block, sharpening Laski, the volume of the jug and the principle of control blender. 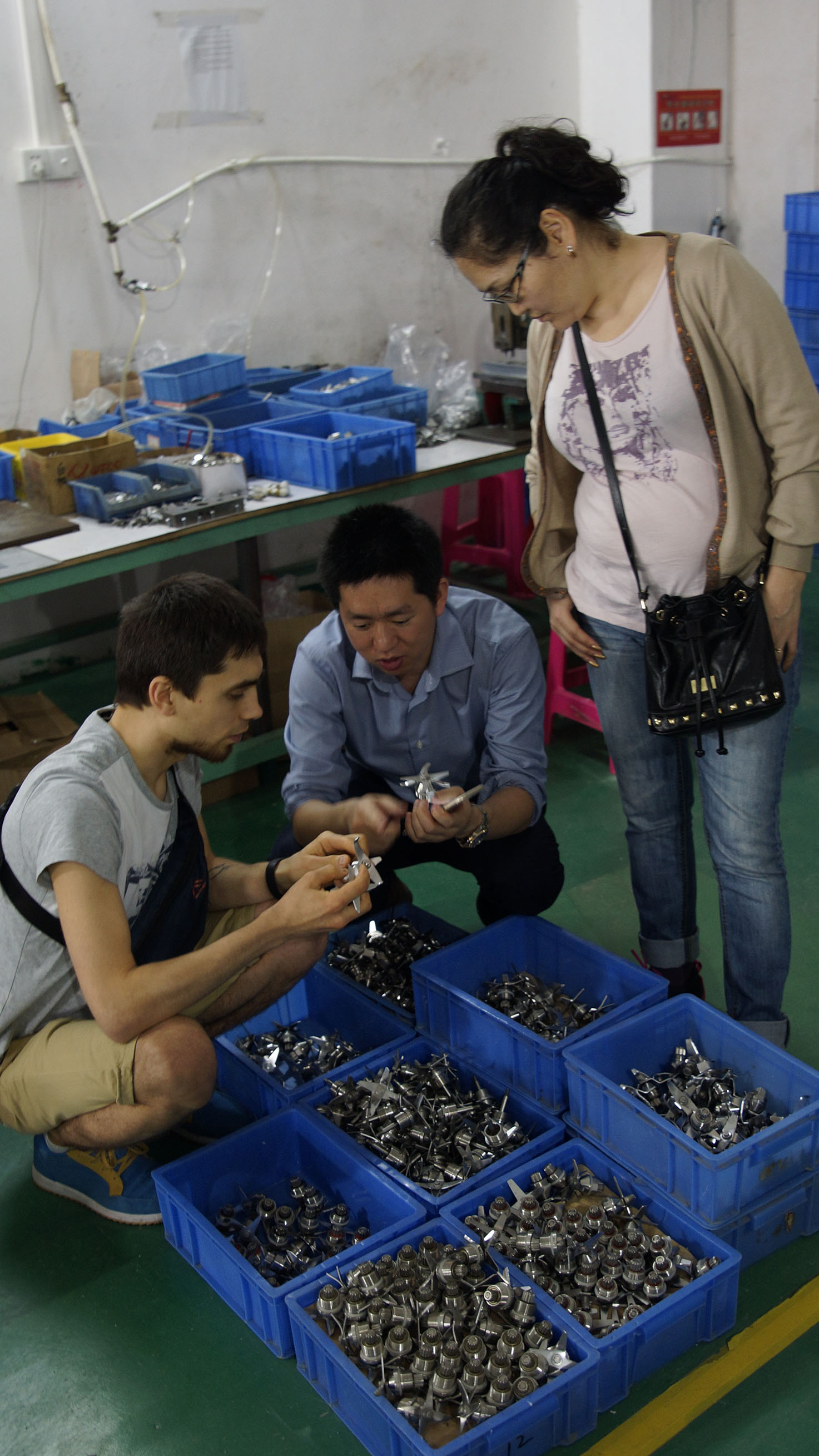 (select the knife for stationary blender Dream of the Future, because the correct choice depends on the quality of grinding)
After discussion, the new blades for stationary blenders Dream of the Future 2, we went to see the first batch assembled and ready to be shipped to Russia. Given that we are regular customers and long-established delivery, our equipment is not on the border for a long time and always comes to the warehouse on time. 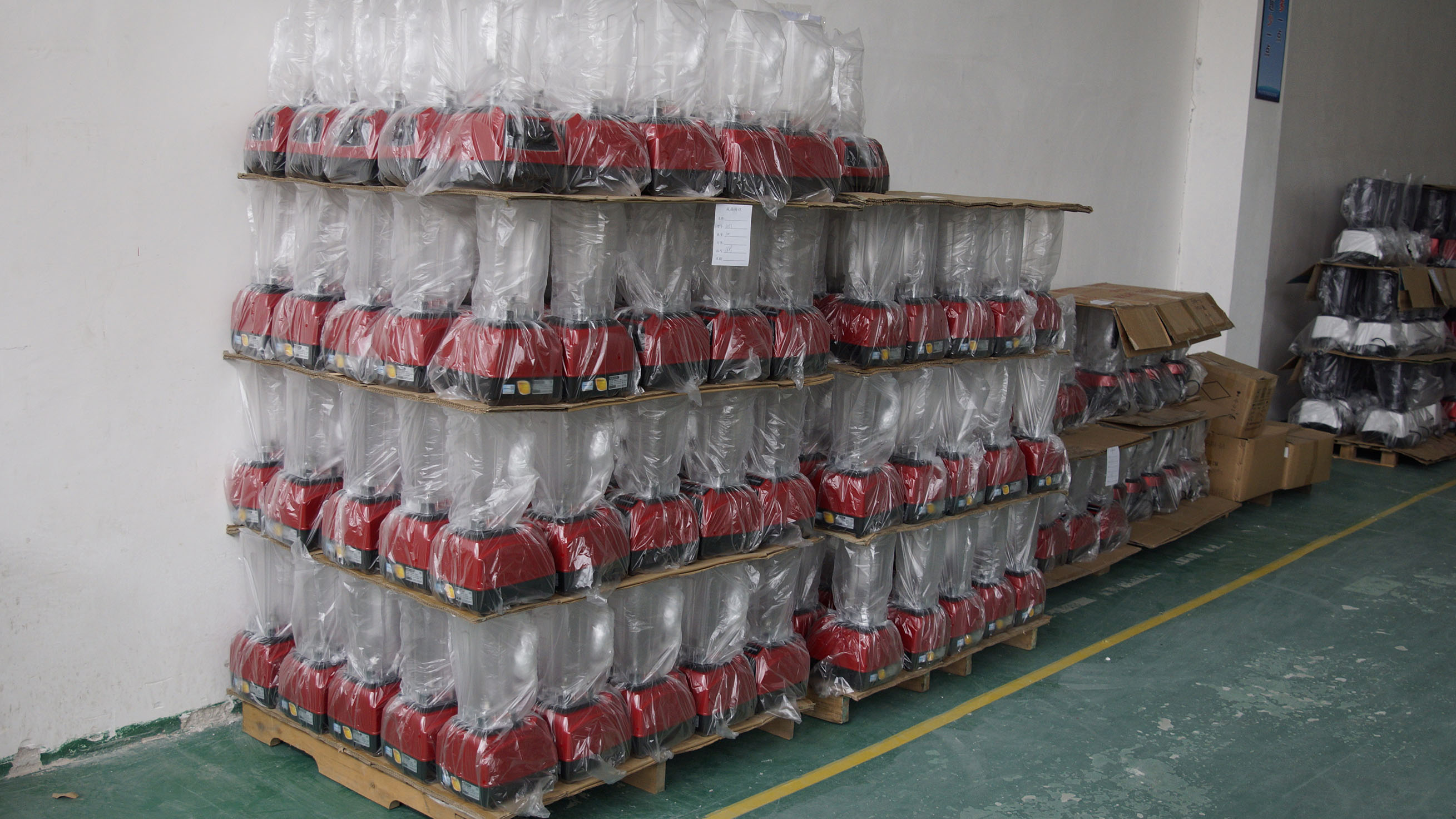 (blenders are assembled, tested, Packed and waiting to send)

First, we looked at the Assembly and testing of blades for stationary blenders, as seen in the photo, the knife comes in the factory in a disassembled state, and only there, with the help of special tools, metal details take shape of a knife. Next to the other worker inserts in the nuts silicone gaskets. After the knives and the nuts are collected, they are delivered further along the production line and are attached to the jug. 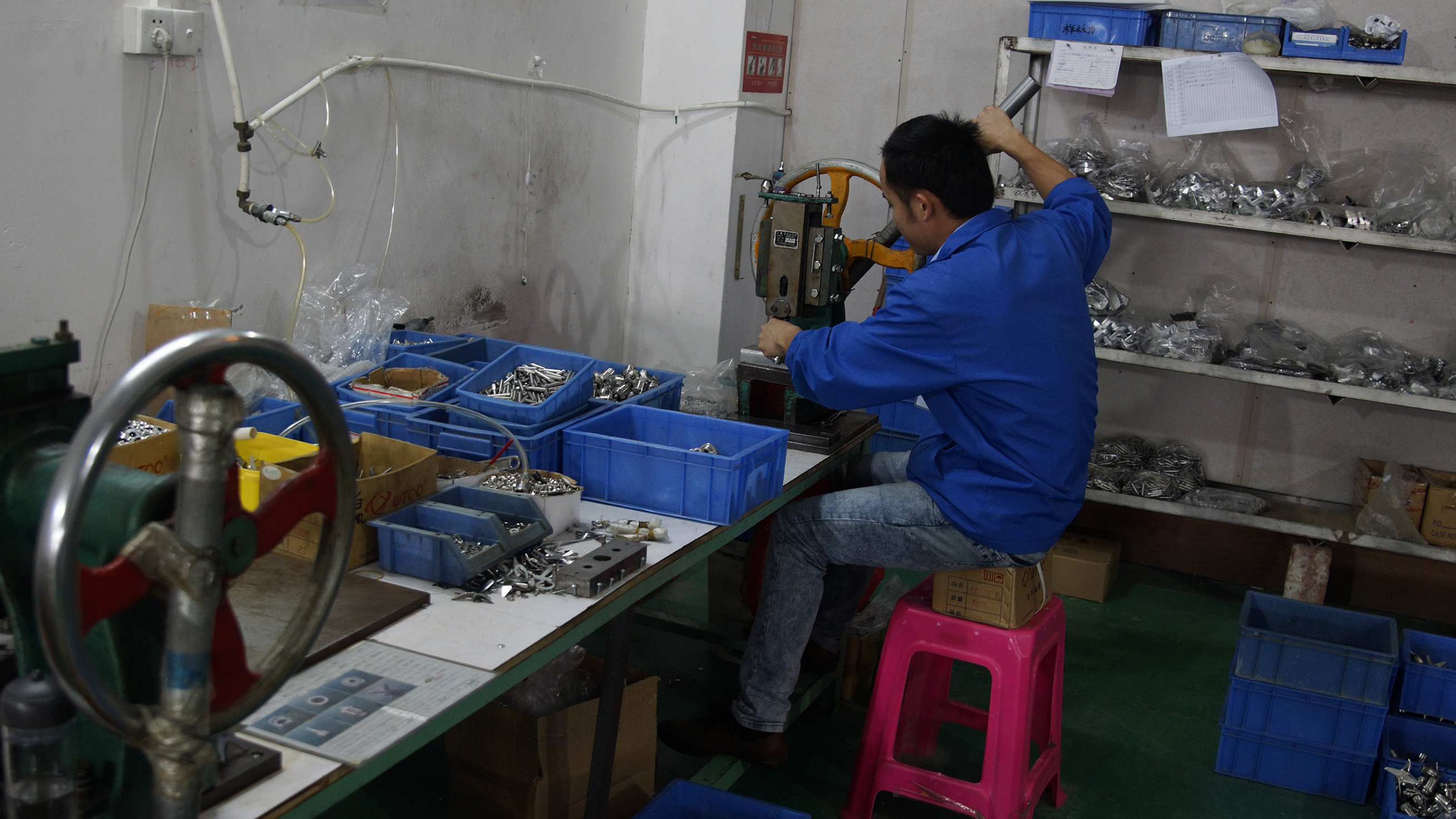 (employee collects knife blocks - in our line blenders have knives with different shape, sharpening and the number of blades. Here is not only Assembly, but also development, constant upgrading of designs. Ultimately, the characteristics of the knife largely depends on the quality of grinding. All used variations has proved its efficiency and do the job 100%. However, there is no limit – in trade has already launched an updated knife that will be even better! And all the blocks are made from high strength stainless steel.) 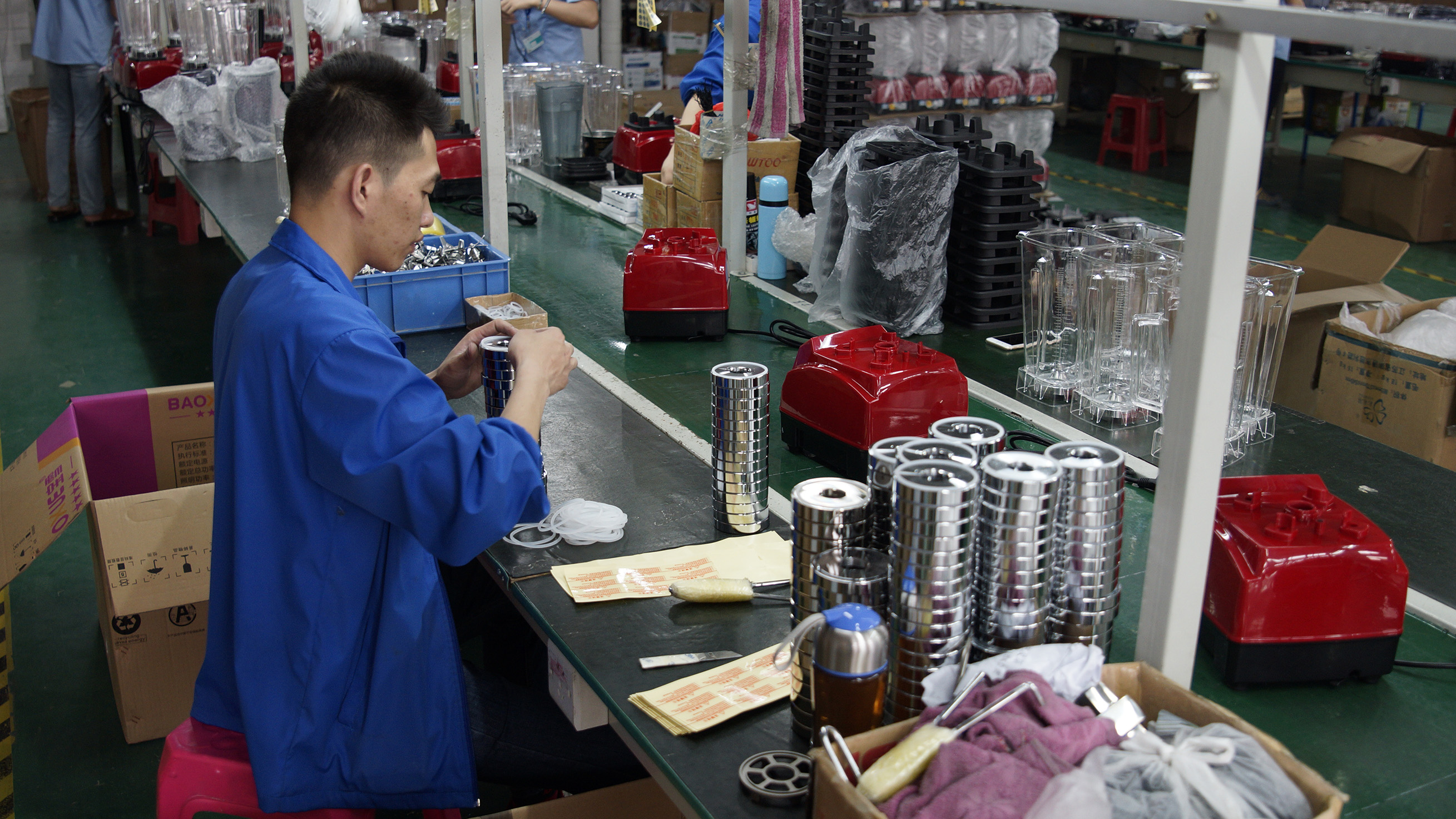 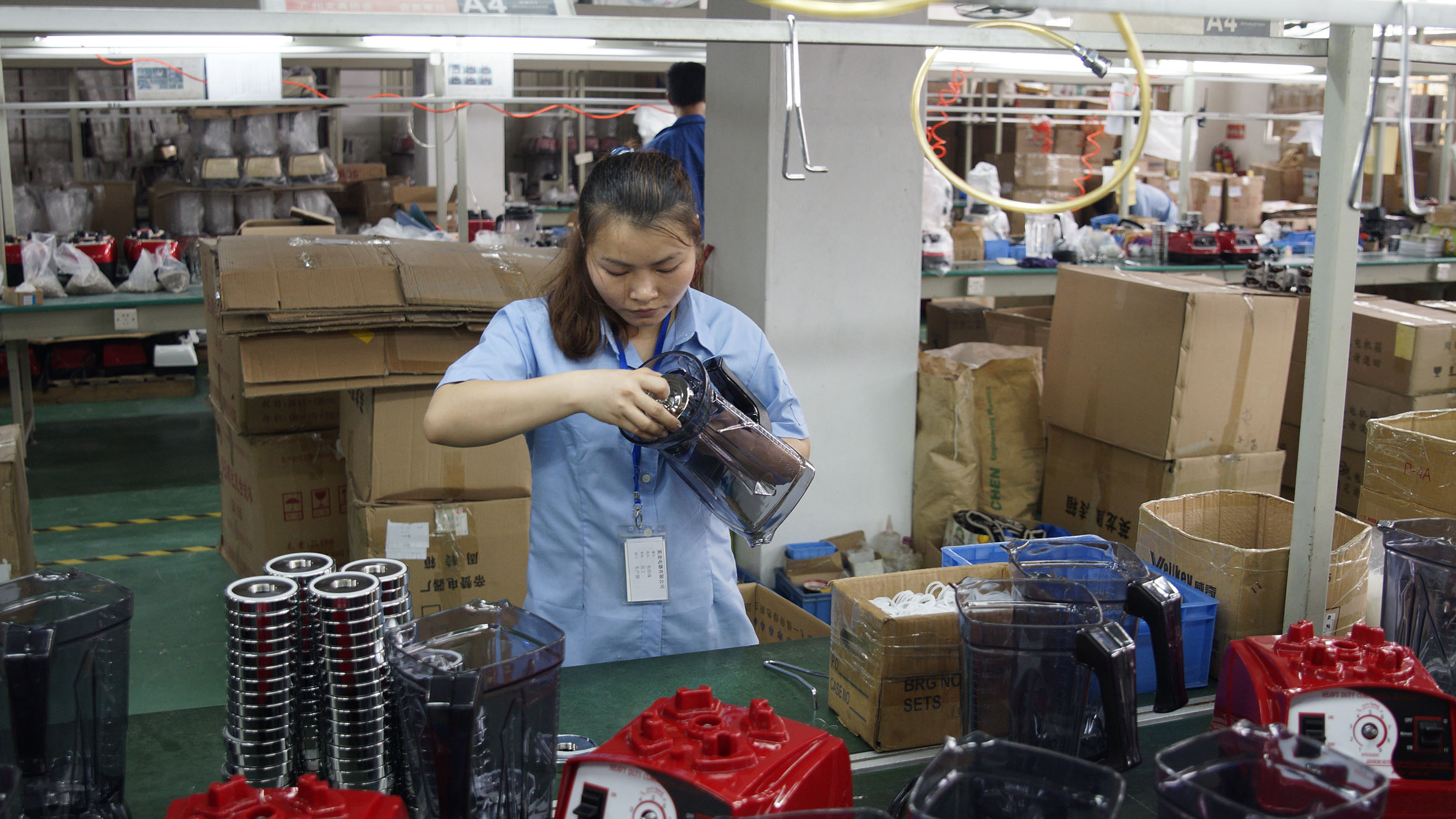 (the blade unit is screwed to the container. We do not recommend to Unscrew the nuts on their own, because during the installation You can correctly install the unit, resulting in the breakage of a pitcher stationary blender)
In parallel with Assembly of the jug, for stationary blender, is the Assembly of the housing. First going to the bottom of the blender: attach silicone feet for the best stability and reduce the frequency of vibration of the blender, and fasteners for the power wires. Next on line is the Central element of the housing, the motor, thanks to which Dream Future 2 is becoming a powerful blender. The next person mounts into the case the motherboard attaches to and outside the control panel. 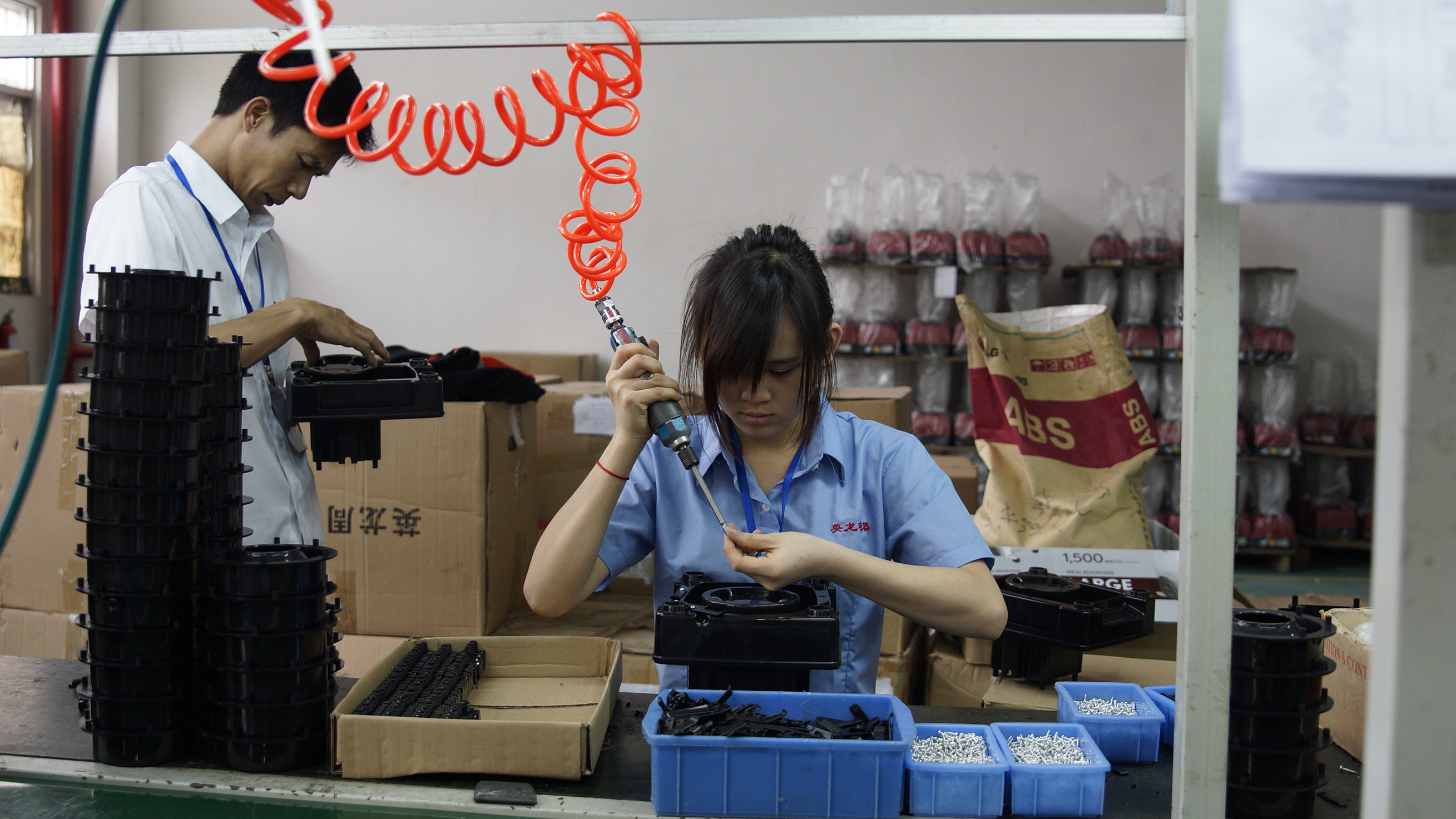 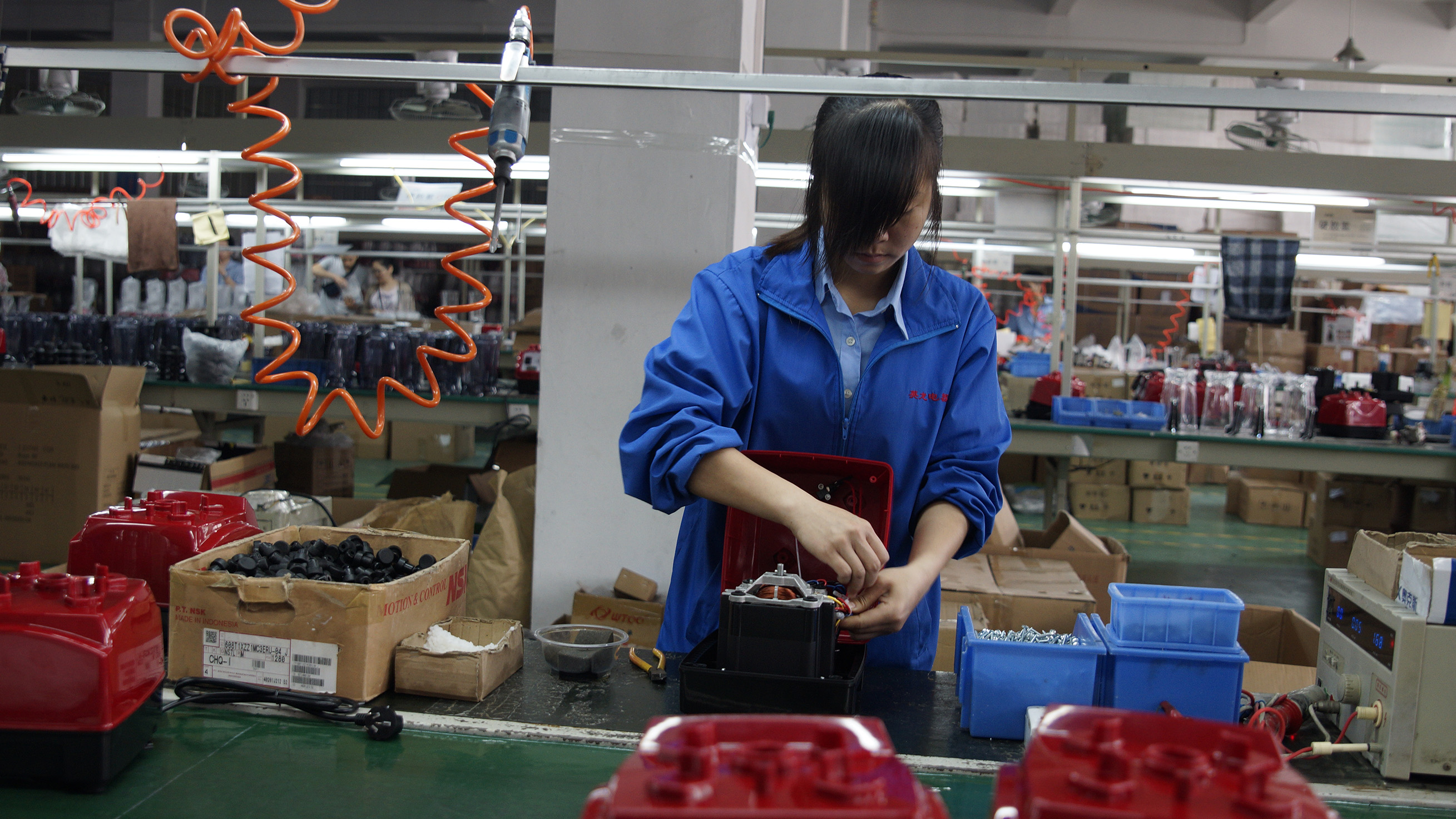 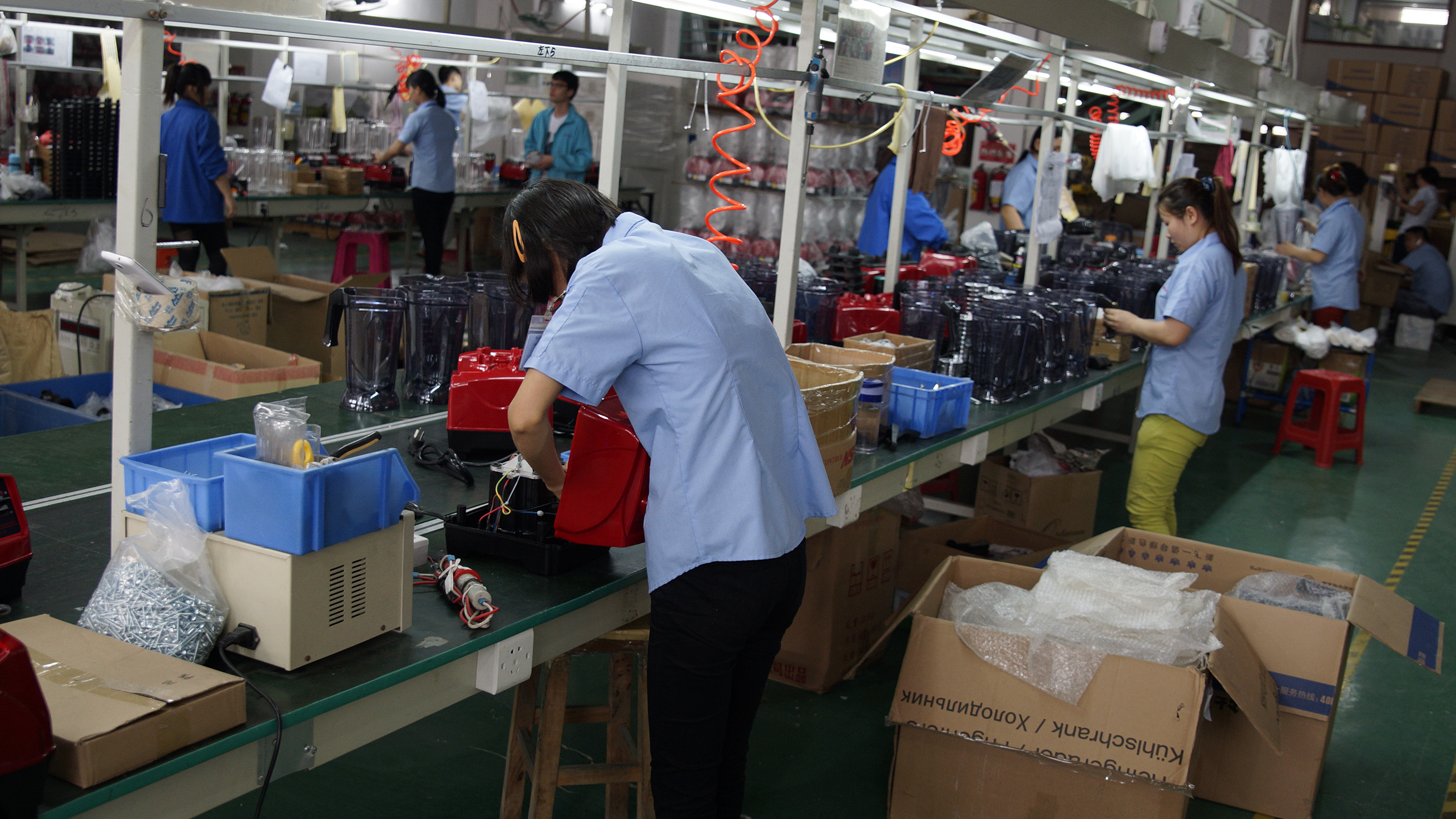 (set the charge for mounting switch) 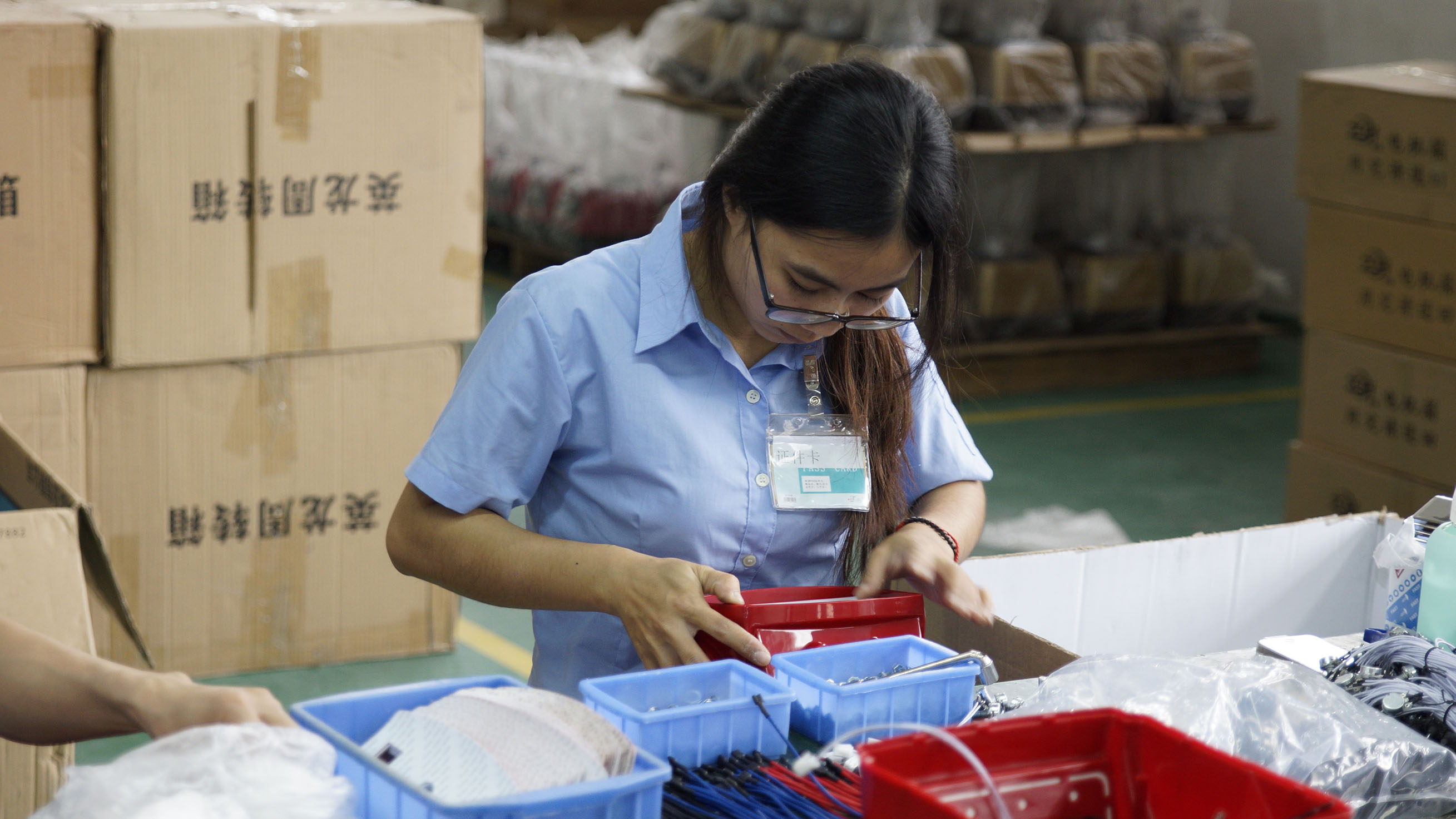 (checks the quality of the installation of all parts)
After the jug and the case are assembled, there is still some time before in Your kitchen will appear stationary blender. But before that, though, there are a couple of important stages. To ensure the transmission capacity of the blender knife will allow metal fungus, is installed at the top and fastened by bolt to the chassis and steel parts inside it. Here all the parts are in place and the blender is sent to the second to last turn of the production line where testing the power of the blender, check for defects and other deficiencies. Not sure they are prepared in advance or not, but no one, even the smallest of flaw, if I was not found. When stationary blender tested and passes a quality control Department, is to pack in boxes and send to Russia. 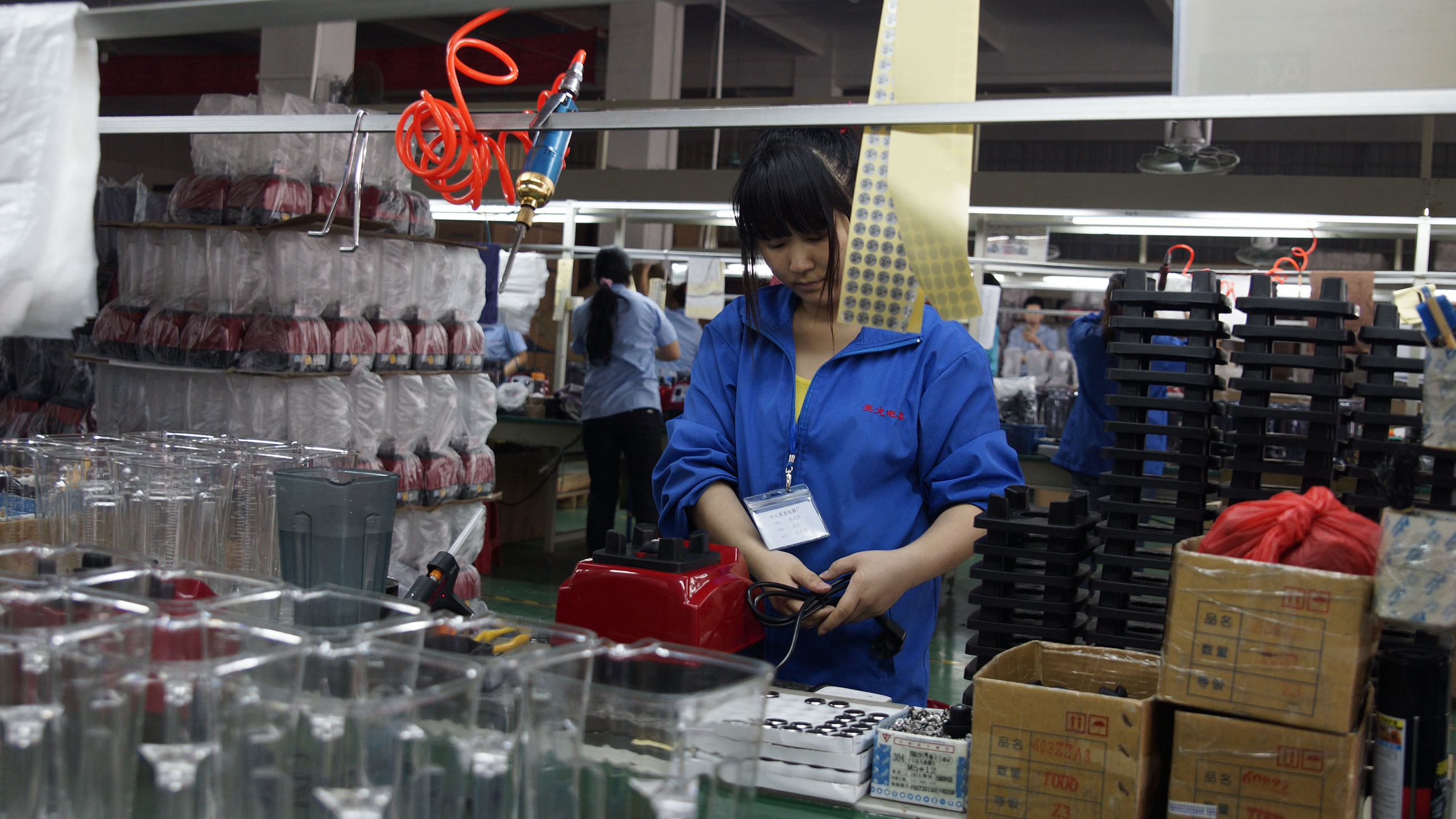 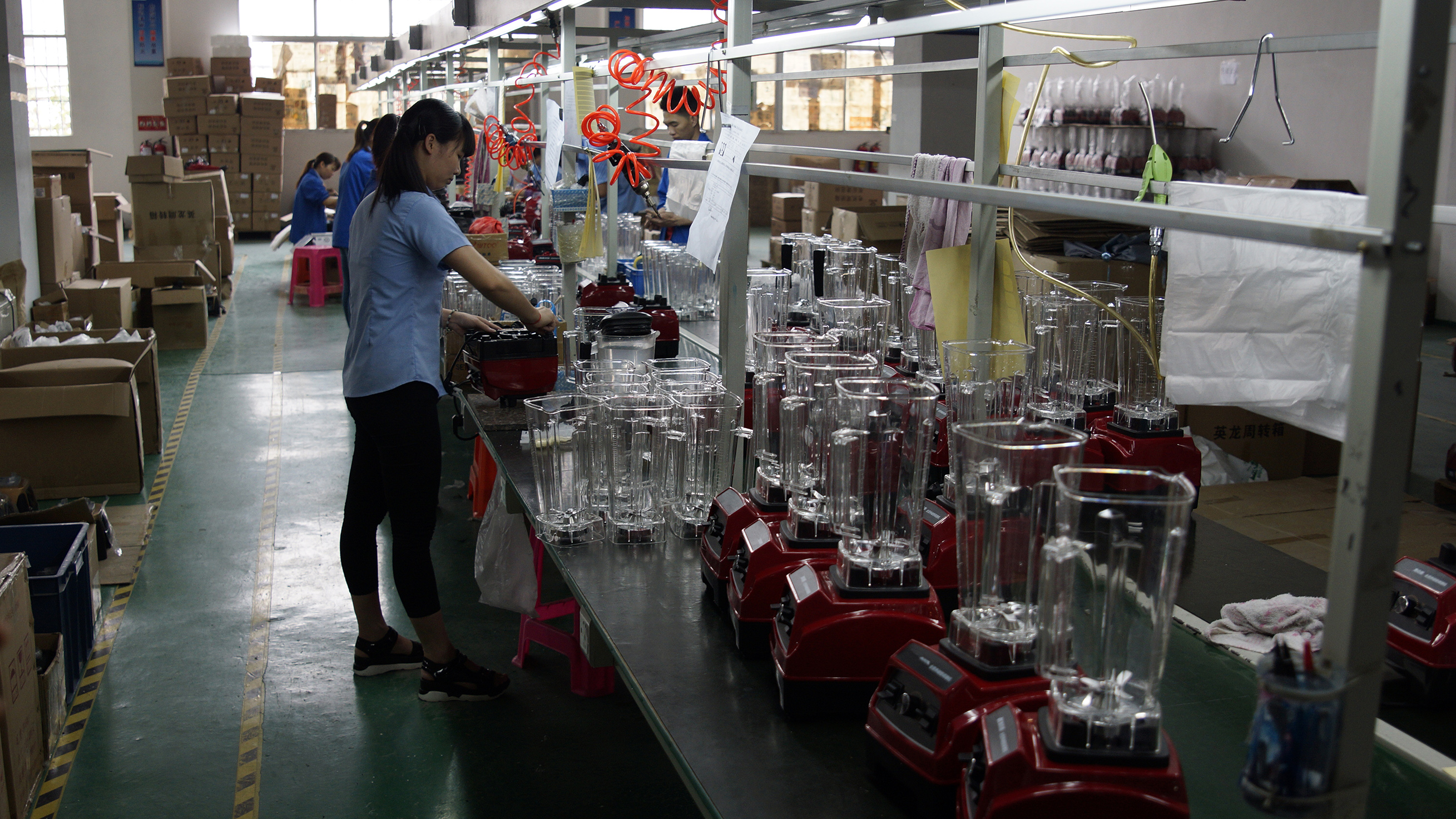 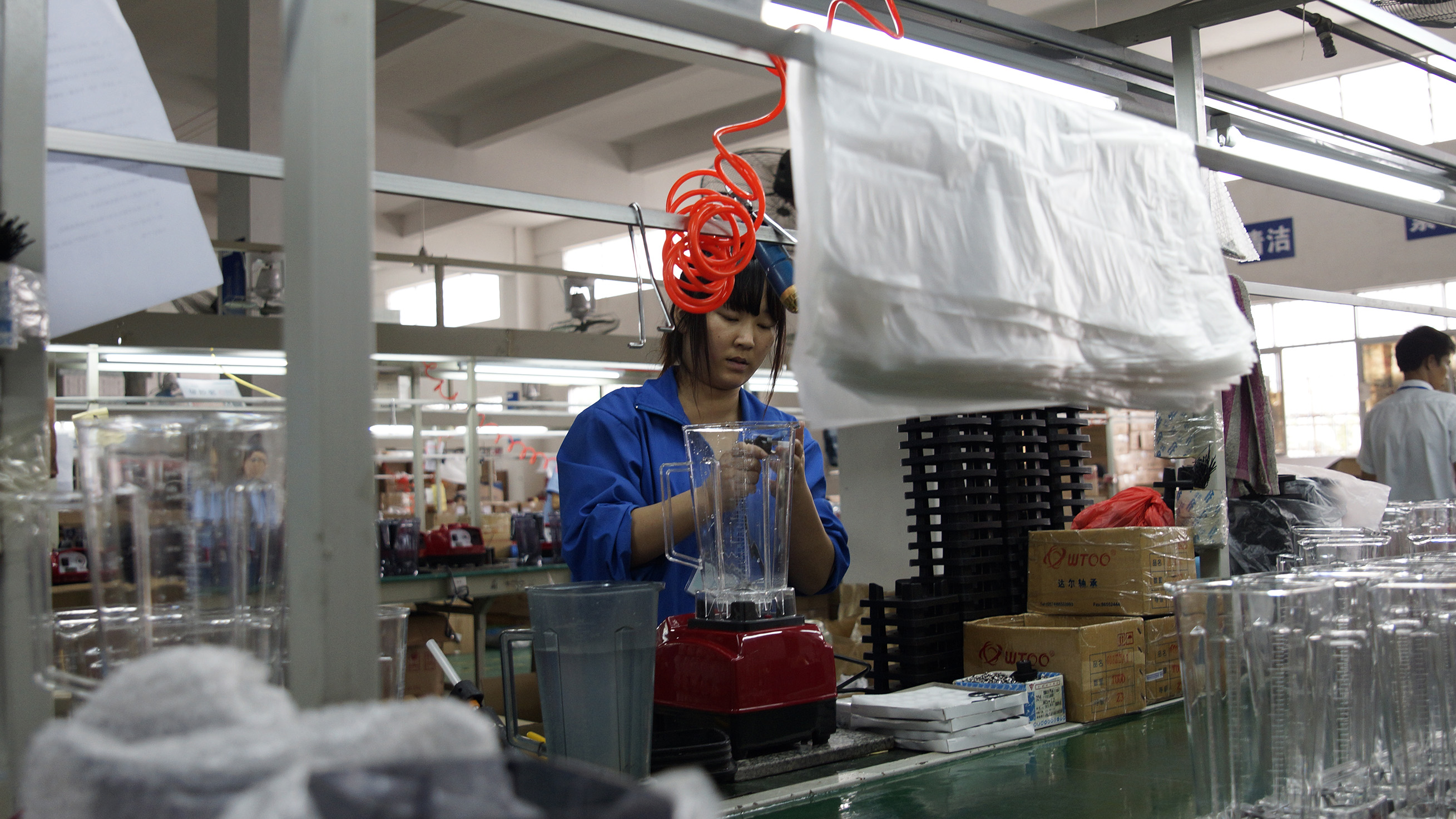 (checks the jar for cracks and other defects, by feeding water into the jug for stationary blender) 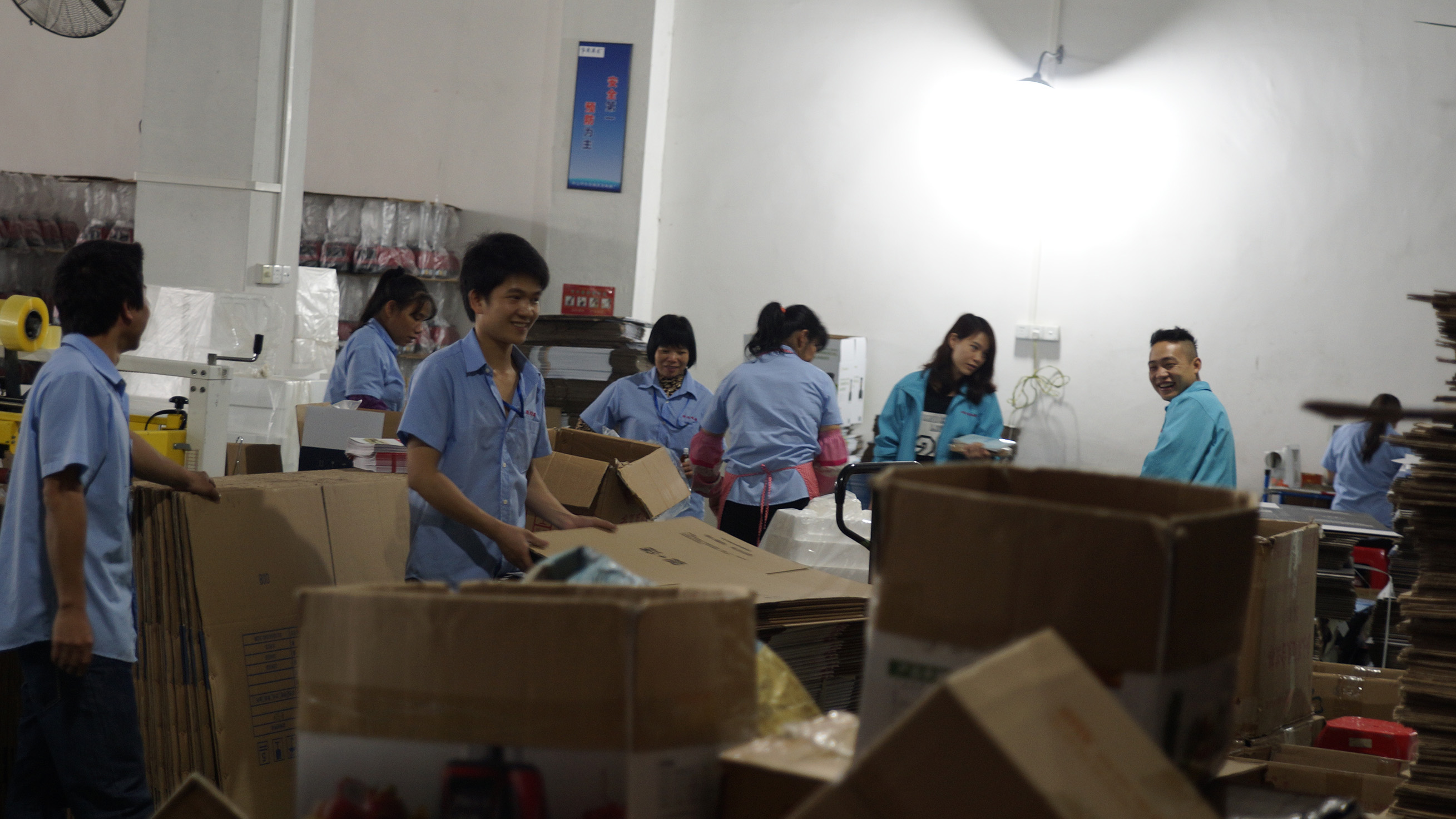 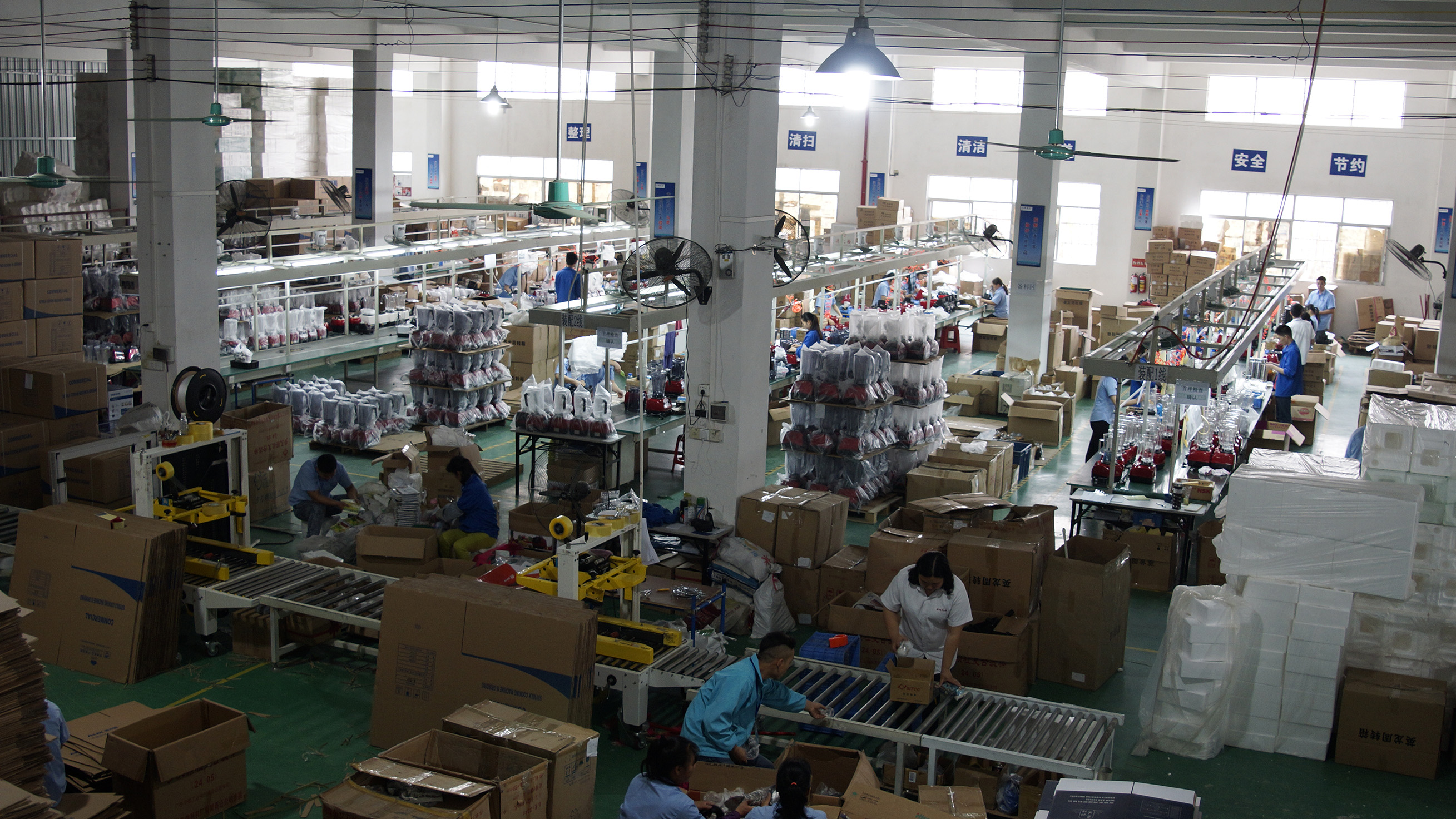 (more than one thousand m2 is a production line. In one room the build, test and package powerful blenders that allows all employees are effectively and flexibly to work)
Learn more about the powerful stationary RawMiD blenders are a convenient way for You and start cooperating with us today. I think it will be a bright idea. 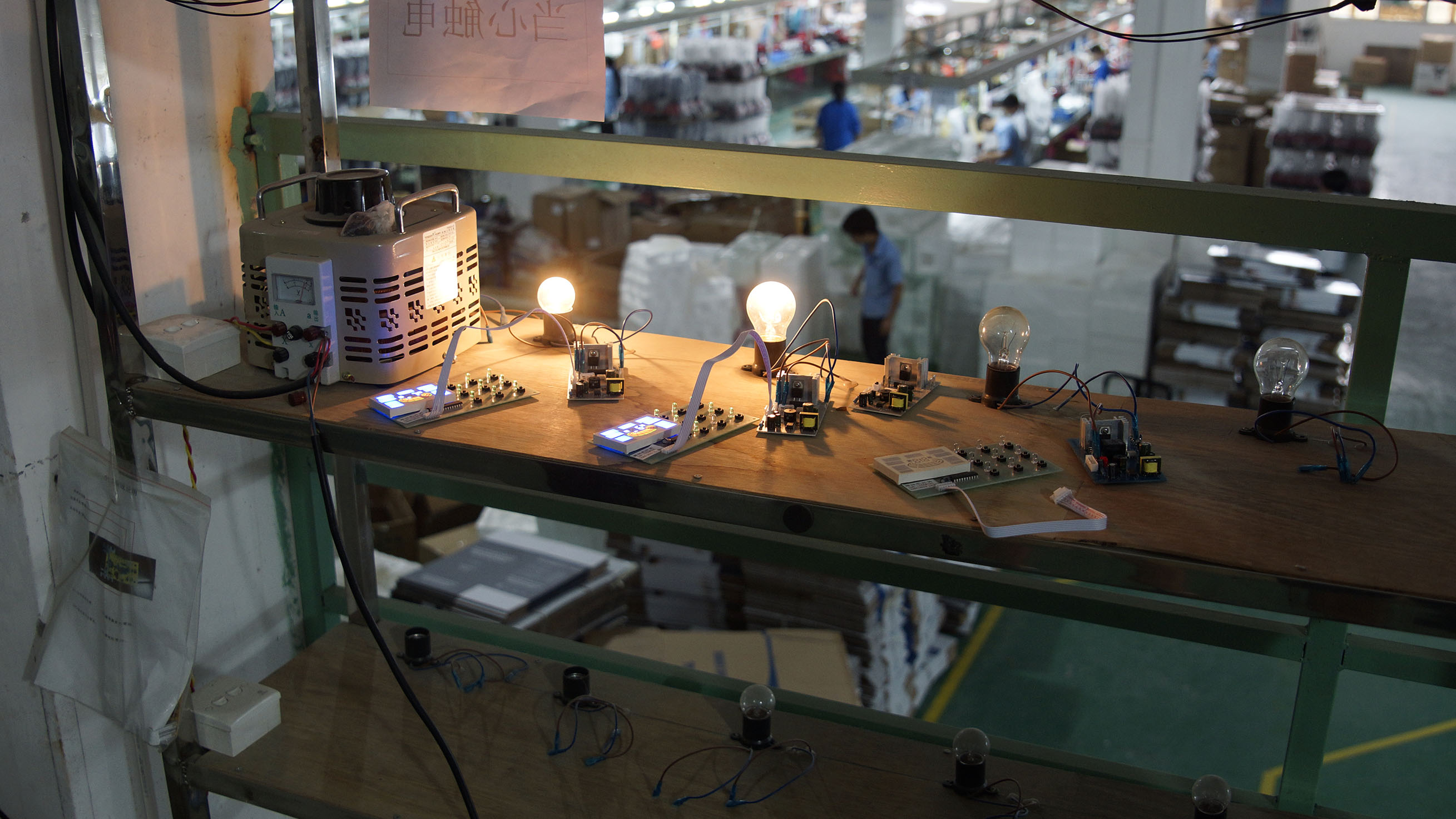 (the electronic Board connecting to the network and remain active for a long time, until they burn out. So it checks the maximum time of continuous operation. At the time of our visit the factory was the seventh day)

Preparation of vegetable oil at home

How to sprout grains in sprouter?

Many people take care of their nutrition and create new and healthy dishes. Do you know anything about a sprouter? The RAWMID’s sprouter germinates grains right at your home. Read more

How to vaccum food?

Vacuum storage: main advantages in comparison with other types of safekeeping. Oxygen is the main reason for food’s spoilage. You can’t liquidate all oxygen in the world, and meat, fish and more

How to cook by sous-vide

Our recommendations and advices for sous-vide cooking.  more

How to cook a peanut paste at home

Think what kind of melange to buy? We will help you choose a melange for your needs. Read Comparison of melangeurs RawMiD Dream Classic, Premier Lifestyle 2017, Premier Wonder Wet Grinder and Santha Stylo Wet Grinder! more

Recently, cases of fraud and unfair trade on the Internet, especially in the field of home appliances and electronics, have become more frequent. Scammers do not ignore the kitchen equipment: more

What determines the price of a blender

This article is written to show buyers the difference of RawMiD blenders and blenders of other manufacturers that are promoted as high-power blenders.   The choice of stationary blender for the home more

We want each of our clients to be happy with your purchase. Therefore it is very important to know your opinion about the store. We listen to every opinion and more

Every day customers are interested in where we produce our stationary blenders and it's time to not only hear, but also see the place where the most powerful RawMiD blenders.   The more

Auger juicers have several advantages over centrepointe: they provide the greatest efficiency in the extraction of juices from vegetables and fruits, uniformity, consistency, and safety of vitamins and other nutrients more

Household ozonator is a device for the purification of water, air, food and household items; using ozone eliminates bacteria, viruses, odors and a broad range of contaminants. Many people mistakenly more

How to became RawMID partner

We are glad to offer you cooperation in the framework of the affiliate program RawMid. If you have a website, blog, accounts in the social. network, you can post them more